My name is Aaron Todd Sherrill but I go by Todd.  I am the author, developer, and publisher of Chinese Toolbox software. This page describes my life and work history more casually than my resume. In doing so, it provides more information for certain times, and it may fill in some apparent gaps. The writing is in reverse chronological order with the most recent events in my life described first.

I returned to Taiwan in April 2020. Business-wise, my focus now is entrepreneurial software development (including Chinese Toolbox) and working with family to build up and expand our supplemental education program for kids in Taipei, including a new section for computer and software education.

From 1/2019 to 3/2020 I worked as a software engineer/developer with HCA Healthcare (Hospital Corporation of America) via Insight Global (insightglobal.com) contract in Nashville, Tennessee. It was a great job, and I enjoyed the work very much. I did mostly ASP.NET Core bot development for Cisco Webex Teams. The work environment was Agile with Azure DevOps and deployments were targeted to OpenShift and IIS.

By January 2020 it was becoming clear that a family relocation back to the US would not occur anytime soon, and so preparations began for me to return to Taiwan to focus on building up the family business. The coronavirus outbreak became serious in March, and this certainly hampered my efforts to get back to Taiwan.

With the kids nearly grown and my wife doing a great job of running our school, I felt it was time to renew my software career. So in October 2015 I flew to the US, first to Florida then to North Carolina. In January 2016 I landed a good job with a small consulting firm in Asheboro, NC, Milestone Computer Solutions, LLC. During the first year I worked as an employee with numerous responsibilities in a small office, but my most important job was to handle all the software development needs for customers. Since most of Milestone’s customers ran custom applications written in Visual FoxPro, my first major task was to come up to speed with that system, one that I had never used before.

The second and most challenging task was to develop and implement a new software system for an existing Milestone customer, a pension management company. This involved integration and some new development of a VFP application that they had been using for years. The bulk of the new system and by far the vast majority of my time was spent developing an entirely new ASP.NET Core web application with IIS and SQL Server.

In January 2017 I returned to Taiwan and continued developing the pension management system as a contractor. In December 2017 the new service went live, and I began supporting the production system. It has been online now for several months, and everything is looking good.

For several months in mid-2017, I was back in the US and very fortunate to be able to travel across country and through all of the western states with my Toyota Tacoma and Lance 1685 travel trailer. What a trip that was! 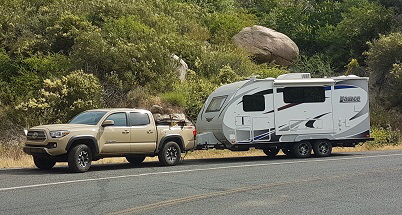 For most of this period, I lived in Taiwan with my wife and two sons. My wife and I own Bethany Learning Center, a cram school in Taipei, where we teach English to children after their regular school day. The business has since expanded to the teaching of other subjects (math, physics, biology, Chinese literature, etc.) with several employees and partners.

We moved to Taiwan in 2003 to start our own business and to expose our kids to the Chinese language and culture. The language goal has been achieved; both boys are fluent in Mandarin Chinese.

In 2010 the boys and I were back in Apex, North Carolina for a year and a half. Andrew finished high school at Apex HS, and Aaron attended Salem Middle School. In the summer/fall of 2011, Andrew went to college at UNC in Charlotte and Aaron and I returned to Taiwan.

On my first day as an Apple employee (Nov. 10, 1997), I attended a presentation in Cupertino where Steve Jobs introduced the “Think Different” campaign: new store, new tools, and new factory. That was a great time to be at Apple. I accepted a position in Raleigh, North Carolina as a consulting engineer on “the Postal Project”. Not many knew of Apple’s professional services division. It was a great job, though a little odd: we developed software for the US Postal Service that ran on Windows. We used OpenStep and WebObjects development tools to create desktop and web-based software than ran on PCs in USPS call centers.

In 1996 I moved on to NetObjects, a software startup in Redwood City, California. I was very eager at the time to transition into a position where I could work in product development. My first assignment was in support (responding to customers via phone and email), albeit, very technical support. I handled the support questions that involved the programmable and database aspects of NetObjects Fusion: the component interface. From there I transitioned successfully onto the NetObjects Fusion engineering team.

In the summer of 1995 I moved from Taiwan to Fremont, California to work with Addtron, a Taiwanese network hardware company, a subsidiary of Delta Electronics. They manufactured network expansion cards, hubs and switches. Though I had no former experience in marketing, I was hired to be the marketing specialist in their west coast sales office. This job turned out to be a very positive learning experience for me. I oversaw their support operations, handled all advertising (including meeting and negotiating with advertising agencies), and managed trade show appearances, including designing booths, coordinating shipping, manning the booth during shows, meeting with customers, explaining products to customers, etc.

Eventually, my interest in software development led me to NetObjects, an Internet startup.

I began my career in 1988 with my first full-time job at a company called Chaplet. They were one of the early laptop computer manufacturers in Taiwan. I accepted the job as a BIOS programmer, but on the first day I was given a user manual to edit by hand. I was horrified at the English in the product manual, and almost immediately I told my manager it had to be totally rewritten. (Obviously, the girl who wrote the original manual didn’t pay attention in English class! Well, to think about it, they’d probably say the same thing about me if I wrote a manual in Chinese. Yes, I’m sure they would!)

At the start of my career I had no experience in technical writing, but I knew poor English when I saw it, and I had taken a technical writing course in college. After a few days, a computer (with a 20 MB hard drive) was issued to me. I installed Microsoft Word for DOS (not Windows—that long ago!), and I began writing. I told my manager that after rewriting the manual, I wanted my programming position back. It turned out that I never did any programming at that job. I developed an interest in writing. I was so proud when my manuals were printed and packaged with the newly manufactured computers. Incredibly, one user manual was given good marks in Portable Computing magazine when they did a complete product comparison between Chaplet’s laptop computer and Toshiba’s laptop computer. In that article Toshiba was referred to as “Goliath” and Chaplet to “David”. Here are some photos of that manual and magazine article.

I was so encouraged by that review and I had developed such pride in my work that I decided to continue as a technical writer. For years afterward I worked as an independent technical writer in Taipei, advertising my documentation services and writing manuals for the many technology companies in Taipei and the surrounding area. I didn’t make a lot of money, but the work was flexible and I got to work with lots of different companies. Sometimes I worked at home. Sometimes I hung out at the customer’s office talking with engineers about the product I was documenting. I still have a box of some of the manuals that I wrote.

In 1991 I took on a special project; I was to write the Programmer’s Reference Manual for UMAX’s scanners. This was my first chance to get back into programming, though in a limited way. My first challenge was to learn the C programming language, since, amazingly, that was not one of the languages taught at the two universities I attended. I had learned FORTRAN, COBOL, PL/1, Pascal and Assembly, but not C. By the end of 1991, after having finished the reference manual and having learned the basics of C, it was time to move on. I needed to learn C++ and Windows programming.

In May 1985 I finally graduated from college. I had a Bachelor of Science degree from Louisiana State University in Shreveport in Computer Science. It would be at least three years before I would begin utilizing this degree.

At the time I was especially active in the church. The church encouraged all young college graduates to devote a year or two after college to serve the church full-time, so naturally, that is what I did. A year later in the summer of 1986 a major church training in Taiwan opened up for international participation. Still single and not yet employed, the church encouraged me to participate in the Taiwan training. I had been hoping to start my career, but decided instead to attend the training for one semester.

Around 300 of us flew from Los Angeles to Taiwan in August 1986 to participate in what we all called “The Full-Time Training in Taipei”, or FTTT for short.

Well, one thing led to another. In November, three months into the training, I met my wife to be, so I remained in the training for the next semester. (Actually, my experience was a little more spiritual than this.) By the summer of 1987 we knew we wanted to get married. After less than one year in Taiwan, most of my original colleagues from the US returned home. I stayed in Taiwan, for one obvious reason. In the summer of 1987 I moved out of the church training center and rented my own apartment. Right away, I began teaching English and studying Chinese.

In high school I was inspired by my band director, Barry Vowell, and began to take music very seriously. For three years I pursued one goal, to be one of the best percussionist in the state of Louisiana. I reached that goal in my senior year of high school when I qualified for the Louisiana All-State Band.

Having distinguish myself as a serious musician in high school, I was recruited by Dr. Doug Peterson in 1978 to join the 156th Louisiana Army National Guard Band which was in the process of reorganizing and relocating from New Orleans to Bossier City, Louisiana. With the college tuition break from the National Guard, this helped a great deal in paying for college.

So in the summer of 1978, between high school and college, I attended Army basic training at Fort Jackson, South Carolina. Man, that was a hot summer, and I’ve got some good stories to tell about those 8 weeks!

A lot happened between that summer and May 1985 when I graduated from LSU-Shreveport with a degree in computer science, but I’m not writing a book here, so I’ll leave it at that. Besides, I can’t tell all my stories here. Got to save some for the interviews and other good times!

See the updates for
← Chinese Toolbox and Toolbox Coding →